Silence or covering up facts about abuse was not right – Pope Francis wanted everyone to speak up whenever there was a problem, Archbishop Charles Scicluna said on Thursday.

He was addressing a briefing at the Vatican about a new law for the Catholic Church that made reporting of sex abuse obligatory.

The legal document, issued under Pope Francis’ personal authority, declares that anyone who has knowledge of abuse, or suspects it, is “obliged to report it promptly” to the Church.

This Pontifical law states that whoever speaks up will be protected, while victims will be listened to, welcomed and helped, Mgr Scicluna said. 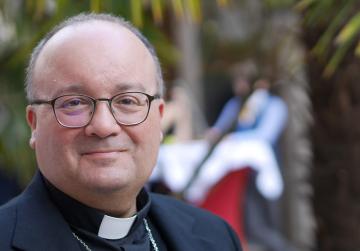 Archbishop Charles Scicluna addressed a briefing at the Vatican about a new law for the Catholic Church.

“I am your pastor, but I’m not above the law – if I stray you have to report me to the Nuncio or the Gozo bishop,” he said when asked what he would tell his flock about the new law that will start being implemented on June 1.

“Bishops are at the service of people… if they commit a wrongdoing, they need to be reported and subjected to procedures just like everyone else.”

Pope Francis has disseminated an Apostolic Letter, Vos estis lux mundi laying down measures that should be adopted to prevent and fight sexual abuse against minors and vulnerable people or abuse carried out with violence, threat or abuse of authority.

The document was drawn following a meeting of the presidents of episcopal conferences and supreme moderators of the main religious institutes last February.

It allows all dioceses one year to establish stable and publicly accessible systems to report cases of sexual abuse and their cover up.

All clerics and religious people have to report any abuse they are aware of, to competent ecclesiastical authorities. The cases need to be promptly verified and handled in accordance with Canon Law.

As for reports about bishops, the law introduces procedural measures that charge the Metropolitan of the pertinent ecclesiastical province with verifying what has been reported.

Mgr Juan Ignacio Arrieta, who addressed the briefing with Mgr Scicluna, said the law did not introduce Canonical penalties, however, investigations into claims of abuse needed to be concluded in 90 days. Lay people could also be asked to support the investigation.

He added that the document also flagged the importance of listening and welcoming victims and providing them with assistance.

Covering up a crime has never been acceptable– Archbishop Charles Scicluna

Mgr Scicluna noted that for the first time, the law provided a definition of what constituted a vulnerable person.

He also said that the document did not reinvent the wheel, and through existing laws it provided guidelines on how to report abuse and hold those responsible accountable.

Covering up a crime has never been acceptable, he said, adding that the law empowered communities to file reports even when leadership fell short of what was expected of it.

The document sent out a strong signal: “leadership too is subjected to not only God’s, but also Canon Law, and it needs to answer to any wrongdoing it committed.

“There is no immunity. No one is above the law. The procedure lays this down in the clearest manner,” he said, adding that the law even entered into detail about the financing of such investigations, equipping the Metropolitan with the autonomy to carry out its obligation.

What is the law about?

Every diocese in the world will now be obliged to have a system for the reporting of abuse, under a new law published by the Vatican – but the requirement will not apply to secrets revealed to priests in the confessional. 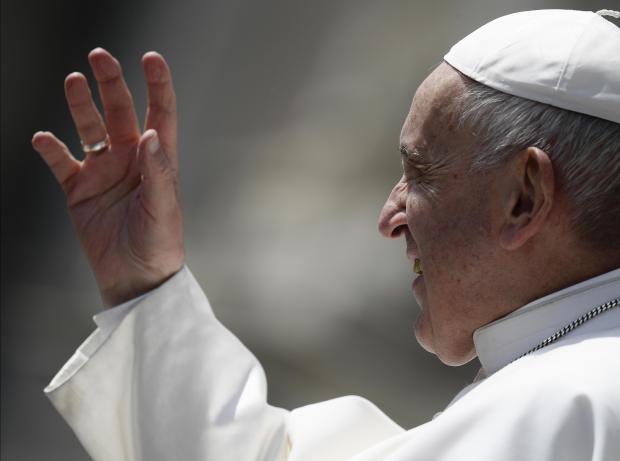 It is time to learn from the “bitter lessons of the past”, Pope Francis said in the text of the legal decree.

It follows a series of clerical assault cases in countries ranging from Australia to Chile, Germany and the US.

The Motu Proprio, a legal document issued under the pope’s personal authority, declares that anyone who has knowledge of abuse, or suspects it, is “obliged to report (it) promptly” to the Church, using “easily accessible systems”.

“Though this obligation was formerly left up to individual consciences, it now becomes a universally established legal precept” within the Church, said Andrea Tornielli, editorial director of the Vatican’s communications department.

The law only applies within the Church and has no force to oblige individuals to report abuse to civil authorities.

Under the new measure, every diocese around the world is obliged by June 2020 to create a system for the reporting of sexual abuse by clerics, the use of child pornography and cover-ups of abuse.

The document focuses particularly on the sexual or psychological abuse of children and vulnerable adults, but also targets sexual abuse and violence resulting from an abuse of authority – such as the exploitation of nuns by priests.

Pope Francis admitting publicly in February that priests have used nuns as “sexual slaves” – and may still be doing so.

Victims’ groups have long called for Pope Francis to put in place concrete measures to tackle clerical child abuse, including immediately firing any cleric found guilty of even a single act of abuse, or of covering it up.

They also want all abusers or suspected abusers to be reported to police, and any abuse-related files handed over to them.

Some have called for priests who hear of abuse during confessions to be forced to report it. The new law stops short of that.

Catholics believe that within the confessional the penitent is talking to God, and everything in the confession is secret. A priest who reveals such secrets is automatically expelled from the Church.

The new law follows a historic Vatican summit on child sexual abuse by priests in February, which saw much self-recrimination by the Church and horror stories from abuse survivors.